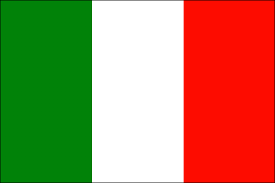 St. Elena is a small Village situated about 30 km from Padua, 60 from Venice and 70 from Verona. In St. Elena there's Villa Miari De' Cumani situated in a large park of about eight acres, designed and built by Giuseppe Jappelli in the XVI sec.; there's a large barchessa used in the past as a storage for rural tools, a Church and 15 Roadside shrine.
There's the Museum of Rural life where you can discover how our grandparents lived in ancient time and see animals (geese, chickens, cows, goats, donkeys ..).
Some cozy accomodation and gastronomic facilities are also available. Here is possible  to relax in a peaceful atmosphere and to taste the traditional local products.
Its proximity to the Euganean hills offers the opportunity to relax in the SPA Area of Abano and Montegrotto Terme or to visit the nearby hills by renting mountain bikes or scooters. For further information, please visit the website of the City of St. Elena at www.comunesantelena.pd.it

HISTORY
St. Elena has its origin the Neolithic (about 2000 B.C.). In the Archaeological Atestino Museum in Este are also visible artifacts dating back to the Bronze, Roman and Paleoveneta Ages (brooches, vases, plaques, coins).
The territory of St. Elena shares its recent history with that of other places of the low Padua; drainage works of the Area,  started in 1300,  defined the present aspect of  the Town streets network.

VILLA MIARI DE’ CUMANI
The history of St. Elena is linked to that of the De Cumani's.  Villa De Miari Cumani was probably built on a medieval fortification and the tower of the '300 is still intact. It was radically restructured for the first time in the XVII century. Then there were various enlargements up to the end of the XIX  when it finally got the present appearance, thanks to the Count Felice Miari who transformed it from  a "rural" to a "noble” and “middle class." Residence.
The Villa is surrounded by a wall with battlements and is composed of several sections connected together. Inside the Villa is possible to admire an impressive library with original furniture of the XVIII century, a beautiful room named  "Dei Ventagli" decorated at the beginning of the XX century by Achille Casanova ( the great Bolognese architect) and other rooms including the one called "Del Palma" where are kept four paintings depicting Saints and attributed to Palma il Giovane (the associate of Tiziano and Tintoretto).
The Villa is set in a beautiful parkland of about eight hectares in the English style. It was designed by the Engineer Giuseppe Osvaldo Paoletti around 1860; there are many ancient trees, small buildings of eclectic taste, a cave and a little lake.
A legend talks about the exitence of an underground passage that connects the Villa with the city of Monselice.

BARCHESSA
Barchessa is a rural building where Venetians used to storage their boats; in these territories the term "Barchi" was referred to the arcades under which, starting from 1500, they used to sort, storage and dry maize.
The Barchessa of  Villa Miari was built in the XVI century. In its living room is still kept a map of the property. The noble Conti Manfredo was the owner at the beginning of '700. Later it became property of  Counts De Miari Cumani. In this place lived several families of farmers who were in the service of a tenant who administered it on behalf of the owner for the entire period of the contract. The farmers cultivated the land and provided food for the Miari's (eggs, chickens, geese, bread, wine, milk, ..).
Currently it has been restored in part by the Municipal administration- the present owner-, and is now home of the Associations of the Village. Most of the cultural events are performed there (celebration of the flowers in May,  that of the family in July, of Saint Patron on the 18th of August and the Christmas market in December .. – more info are available on St. Elena website: www.comunesantelena.pd.it.
It has a long arcade with 16 arches, a rarity in the low Padua. It has a farmyard and outbuildings outdoor oven, laundry, stables, pigsties, barn, cellar, housing.

CHURCH
The Church of St. Elena was first founded by the Monks of S. Benedetto Novello of Padua, and by the Monks of Monte Oliveto Maggiore later. It was built at the end of 1400 and finished around 1820.
In four of the six altars there are some canvas ascribed to some famous pinters of the 1700.
The church is dedicated to Saint. Elena and Saint. Francesca Romana.
The bell tower was built in 1620 and completely restored in 2011.
Every year, on the 9th of March, during the Saint Francesca Romana Day, the traditional procession through the streets of St. Elena takes place. St. Elena is the Saint Patron and she is celebrated on the 18th of August. In this period there are carousels and  gastronomic stands where is possible to eat typical local food (pasta with meat or tomato sauce, grilled beef or chicken, donkey with cornmeal mush).

ROADSIDE SHRINE
In St. Elena there are fifteen Roadside shrine, the oldest ones were built between 1600 and 1700 (see the  Roadside shrine tour –more information are available on St. Elena website:  www.comunesantelena.pd.it).
They are located in the intersections or in the recesses of some houses to offer protection to the people who live there and represent devotion, help request, gratitude for survived misfortunes, blessings received or to commemorate an historic event.
They are generally too small to accommodate people inside, some have an altar, others only a recess with an holy image.
During the all month of May, the inhabitants of the district gather in front of their Roadside shrine to pray.